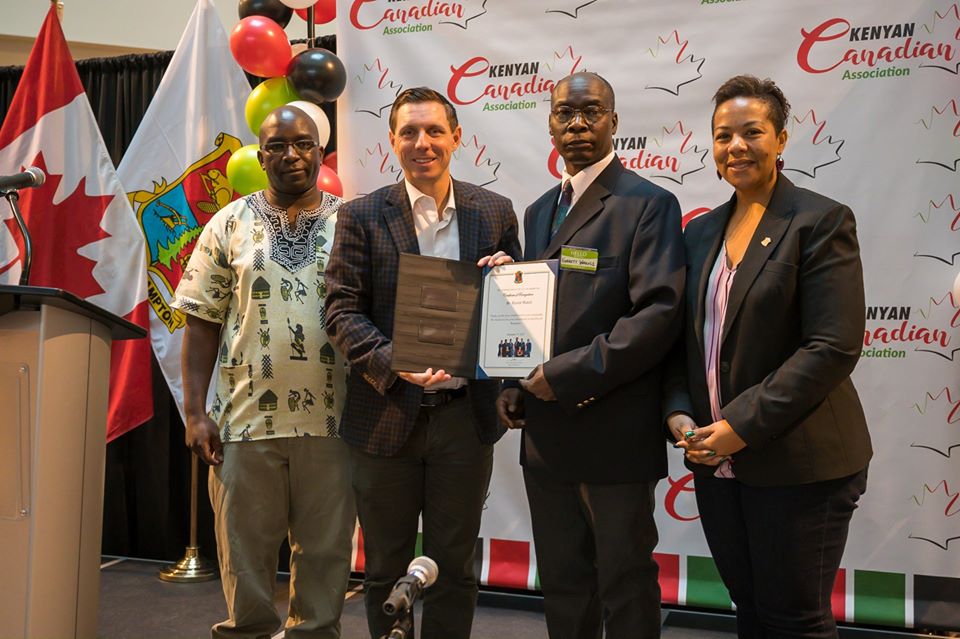 On Dec 14, 2019 morning The Abeingo Association Canada President – Everett Wakoli was conferred with recognition from The Mayor of the City of Brampton Patrick Brown for service to the community and the city. At a function organized by the Kenyan Canadian Association (KCA) and held at City Hall, the Mayor Patrick Brown recognized a number of other Kenyan-Canadians living in the Region of Peel. The occasion was organized to commemorate 56th year of Jamuhuri Day. The colorful event was a major milestone for Kenyans Living in Canada as the Kenyan Flag was raised for the first time by a Canadian Government in honor of Kenyan Canadians contribution to the Canadian Society. The flag will stay hoisted for two weeks from December 14th 2019.

The Mayor of Brampton His Worship Patrick Brown on behalf of the City Council also issued an official Proclamation recognizing December 12 as Kenya Independence Day in the City of Brampton.
Among those honored were; Mr. Stan Barua a world-class cinematographer, Ms. Phoebe Kagumba-Sibanda a three-time Club President of Mississauga Cooksville Lions Club who is currently a Zone Chair under the Lions Clubs International, Ms. Wambui Karanja the Founder and Executive Director of African Community Services of Peel and Mr. Thomas Nzyimi a philanthropist who supports local food charities and newcomers. 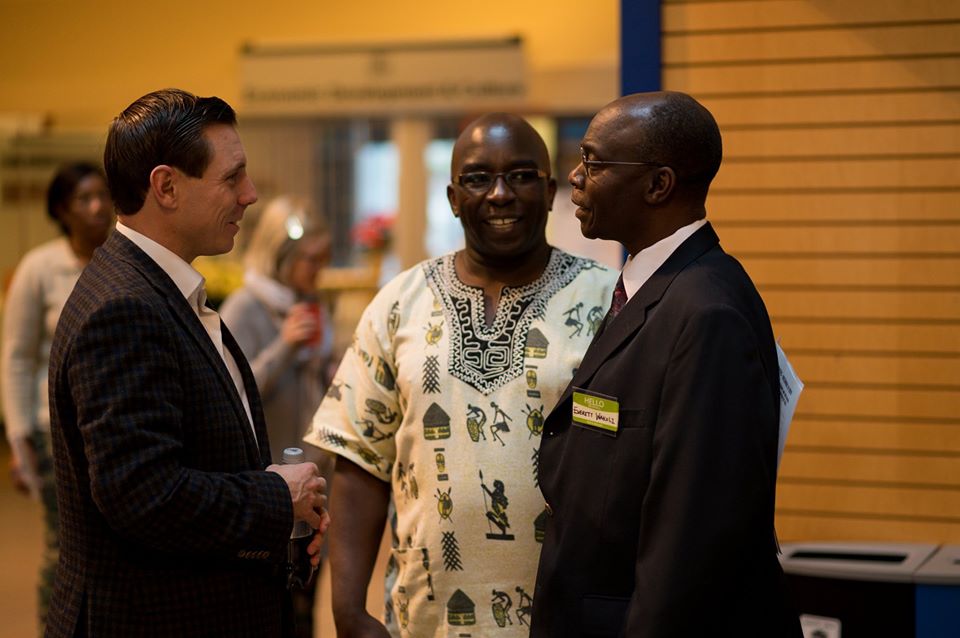 This is an honor and recognition to the Abeingo Association for the work the association members have been doing within the Greater Toronto Area for the past more 15 years. More details on the Kenyan Canadian Association’s facebook page.
Share this Post